where we write and read words

as embers that flare,

before bedding in eternity

A blurb of gratitude on the occasion of American Thanksgiving. Lorine Niedecker wrote a short poem called “As Praiseworthy” which gave me the idea to use the word…(similarity ends there). 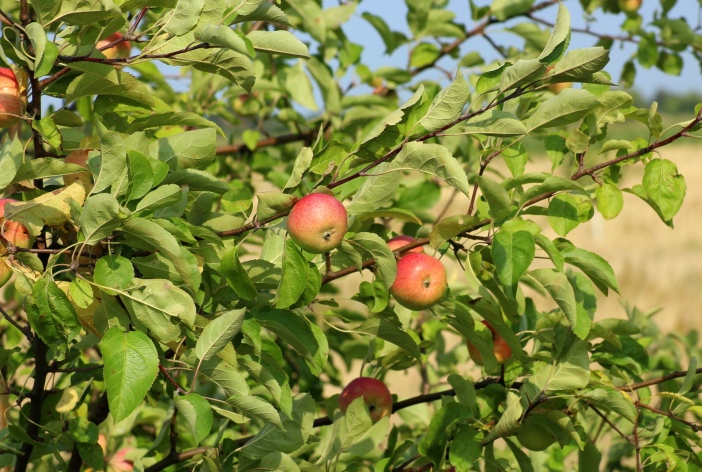 from an apple tree

a poem may be plucked

one phrase, then the next

This poem started as a haiku and then evolved to five lines which possibly could be considered a gogyohka, a contemporary form of Japanese poetry, introduced by Enta Kusakabe to reduce the restrictions of classical rules such as syllable counts.

In response to Carpe Diem Weekend Meditation #26 Revise that Haiku

Taneda Santoka, known for ‘free verse haiku’, was part of an early-twentieth century trend in Japan that explored free-form haiku composed without traditions such as the 5-7-5 syllabic rule and the seasonal word. In his later years Santoka became a Zen Priest wandering many miles, often begging to survive. Santoka may have written this haiku on one his walking trips:

off the side of the road

I imagined a wandering nun. Her alternative haiku might be:

in bushes by the road

Photographed during Hiroshima commemoration of the bombing, August 6th 2014 by Vanvelthem Cédric

there are a lot of paper lanterns

Imagining the Hiroshima commemorative lantern event years after Shiki’s time, I have written a new version of his haiku:

When I am challenged to revise a haiku, my reading slows and I perceive several possible meanings….

the color and scent of the wisteria

seem so far away

under the piled-up snow

the sound of water

under a fresh fall of snow

Can I write a poem
grazing on
hummus-dipped
breadsticks,
stirring dull residues
of wounds and tears
that clog my spirit?
I could bounce away
but then,
would I not still feel empty?
Perhaps I will stay,
sip cold coffee,
and move my pen.

A poem of exactly 44 words (a ‘quadrille’) for dVerse Poets Pub using the word ‘bounce’. Perhaps not a bouncy take on bounce, but more writing will get me bouncing again.

You may have something to say—
water flowing generously
from the bucket you filled
by the river, or
you may choose a form,
easing in
one word
at a time
as if stepping
along a labyrinth path.