by a cool lake 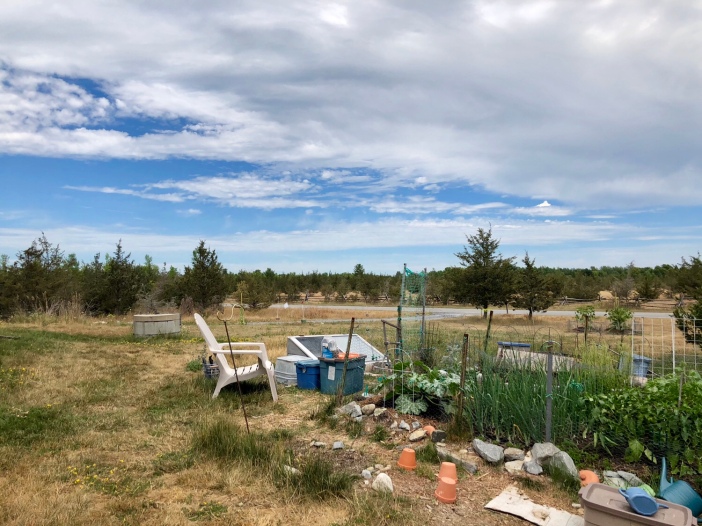 the sky is so so blue

a splash of azure

cool breeze on my cheek 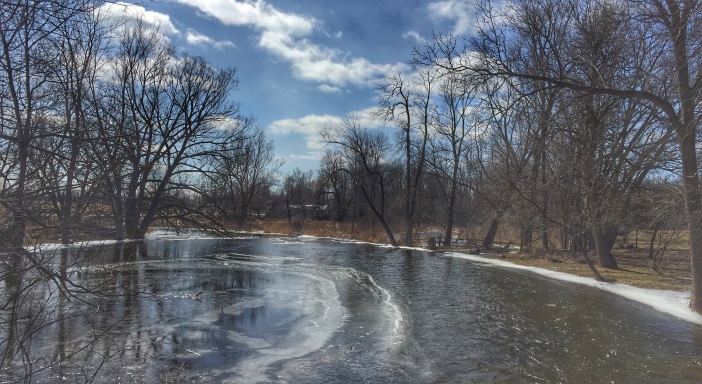 Together in dreams,
apart in the waking world
feathers in their hearts
buffeted by winds of time

Do rivers chant “Om”,
sacred mantra of Brahmins
mirrors of being,
perpetual becoming?

Spring rivers overflowing
singing then, now, what will be

In response to Carpe Diem Haiku Kai Weekend Meditation #21 Out of the Box #3 , I have attempted a Choka, a Japanese form of any length in a 5-7 syllable pattern ending with 7-7.  I chose Siddhartha by Hermann Hesse as the theme, a beautiful spiritual fable translated by Hilda Rosner and published in 1951. I paired the poem with a picture of a local stream that I took at this time of year in 2016.  Siddhartha has been featured in several posts this month at Carpe Diem Haiku Kai. 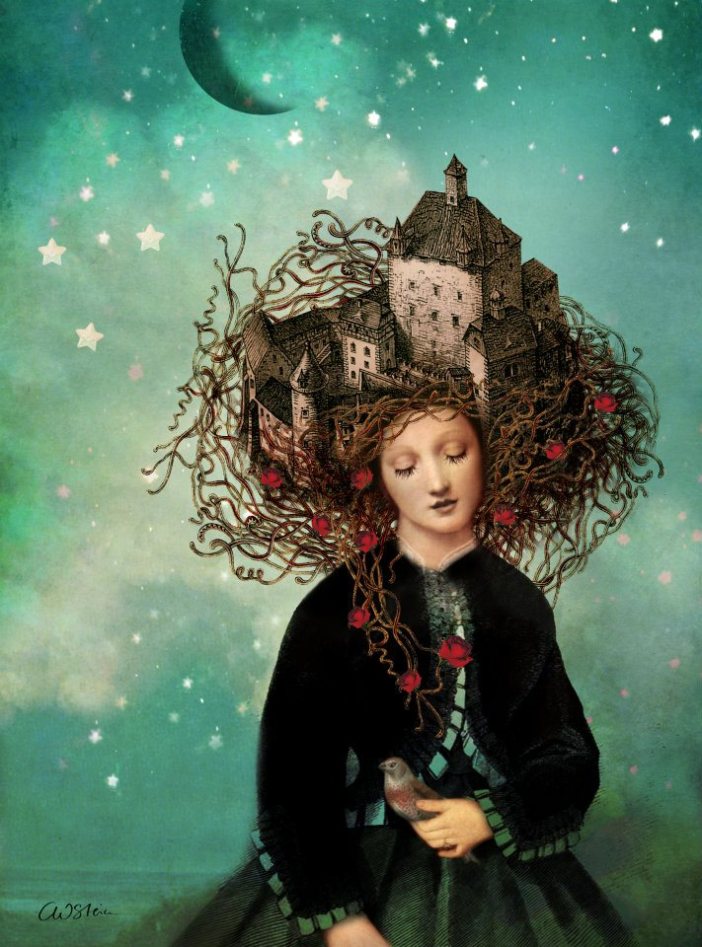 their dead weight
tears my skull

where birds of every kind
come to rest

some squawk and squall
as tin bells call

The beautiful painting is the work of artist Catrin Welz-Stein, featured by Lillian at dVerse Poets Pub for Tuesday Poetics.  Catrin Welz-Stein kindly gave permission for her art to be used as inspiration for our writing.