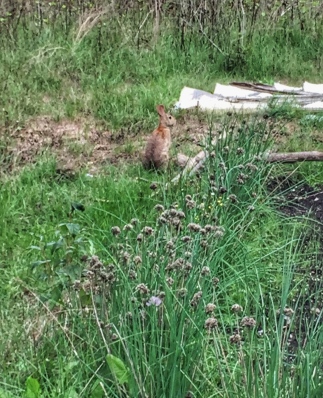 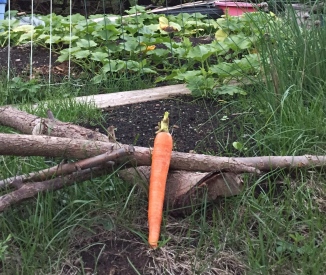 This rabbit was on the edge of my garden and probably on edge, with me standing nearby —I wanted to move closer, but knew he would run when I moved.  TJ’s Household Haiku prompt ‘Edge’ gave me a way to tell this story with haiku. Some of my readers will recall that earlier this summer there was much munching in my garden—a widespread challenge due to the drought conditions, I am told by a local newspaper.  To this day I have been putting carrots out to curb their appetites.